Have fun learning how to milk! When you arrive, you’ll be greeted with a cup of tea or coffee and a homemade pastry. After a nice chat, we'll grab our sunhats

Have fun learning how to milk!

When you arrive, you’ll be greeted with a cup of tea or coffee and a homemade pastry. After a nice chat, we’ll grab our sunhats and head out to meet the animals.

Out in the goat pen, we’ll learn how to hand milk our most friendly and trouble making goat, Pecan. She usually stands there very patiently, but you’ll have to be careful she doesn’t kick over the milk bucket! After you milk her, we’ll filter the milk and then you’re welcome to taste it or pour it in your coffee.

We’ll take Pecan back to her pen after milking and you can meet the rest of her herd. Coal is a handsome Tennessee Fainting Goat buck and he’ll probably be the first to come to you to be petted. Luckily, he’ll be in his own pen because boy goats are a bit smelly lol. Tennessee Fainting goats are a rare breed that has become famous for their quirky behavior of freezing when they’re excited and then tipping over. It’s pretty hilarious.

Our babydoll sheep will probably mob you for cuddles and they’re so adorable you’ll be happy to give them out. Depending on the time of year, we might have lots of baby goats and lambs as well as piglets, chicks and calves. We’ll go around to meet the entire farm and give our cow Agnes a nice scratch under the chin.

After feeding the goats, we’ll head to the chicken coop where you can collect eggs. A fun day on the farm!

Highly recommend this lovely tour to everyone of all ages. Serina the host was super personable, knowledgeable and caring during the entire time on the farm. We got to milk goats, interact with many different types of animals & learn new facts about what it takes to raise animals & run a working farm. Would highly recommend!!!
.

We had the best time touring Serina’s farm and learning how to milk a goat! We fed her cows and horses, played with baby goat and sheep, and after milking the goats we had amazing donuts with coffee and fresh goat’s milk. We will definitely be back next time we’re in Big Bear!
.

Tickets are not available for sale any more for this event!

Our new Meet and Milk the Goats tour!

We’re excited to be offering goat milking tours at the ranch now!  During a goat milking tour, you come to the ranch and meet all the animals, particularly our goat herd.  You get to give everybody lots of scratches and spoil them with treats. After getting to know the animals and learning about the ranch, you head over to the dairy goats and learn how to milk!

A lot of people are a little weirded out about milking at first.  It is a bit strange lol, but you get use to it quickly.  If you’re like most of our visitors, you might worry about hurting the goats by squeezing too hard.  I promise you that you won’t!  Kids (the word for goat babies as well as human ones) are pretty darn rough on their moms.  The rascals use their nose to butt their mom’s udder hard enough to sometimes lift her off the ground.  It sounds a bit cruel, but the mom’s are tough and this stimulation helps tell the udder it’s time to let down the milk for drinking.

The key to milking a goat is to get a good pinch where the udder meets the teat. Since people are a little afraid of hurting the goat, they usually don’t pinch hard enough.  What happens is when they try to squeeze the milk out, the milk squeezes back up into the udder rather than going out like you’d planned.

Don’t worry, we will be there to give you plenty of pointers and make sure you’re able to milk a goat before you leave!

The goats actually appreciate you milking them.  It can be quite uncomfortable for them if their udder gets too full and if they don’t have a baby around to drink the milk, a human is the next best thing.  Most goats stand on the milk stand quietly munching some grain while they’re milked.  A few goats get a bit fussy and if you’re not careful they’ll kick your milk jar over!

After learning to milk the goat, we’ll head in and filter the milk and then you’re welcome to taste it or pour it in your coffee to drink along with the snacks we’ve baked up for you.

We’ve had visitors come to our goat milking tour from all over the world.  Some guests are local from the High Desert, Inland Empire, San Diego, Los Angeles and Orange County.  We’ve also had guests from French Polynesia, Venezuela, Dubai, Ecuador, Ireland, Germany, France, China and more!  To date, we have all five star reviews on this experience so we’re pretty confident that you’ll enjoy it too!

These are affiliate links

26 Sounds Chickens Make and What they Mean

Find out what your chicken is trying to tell you! 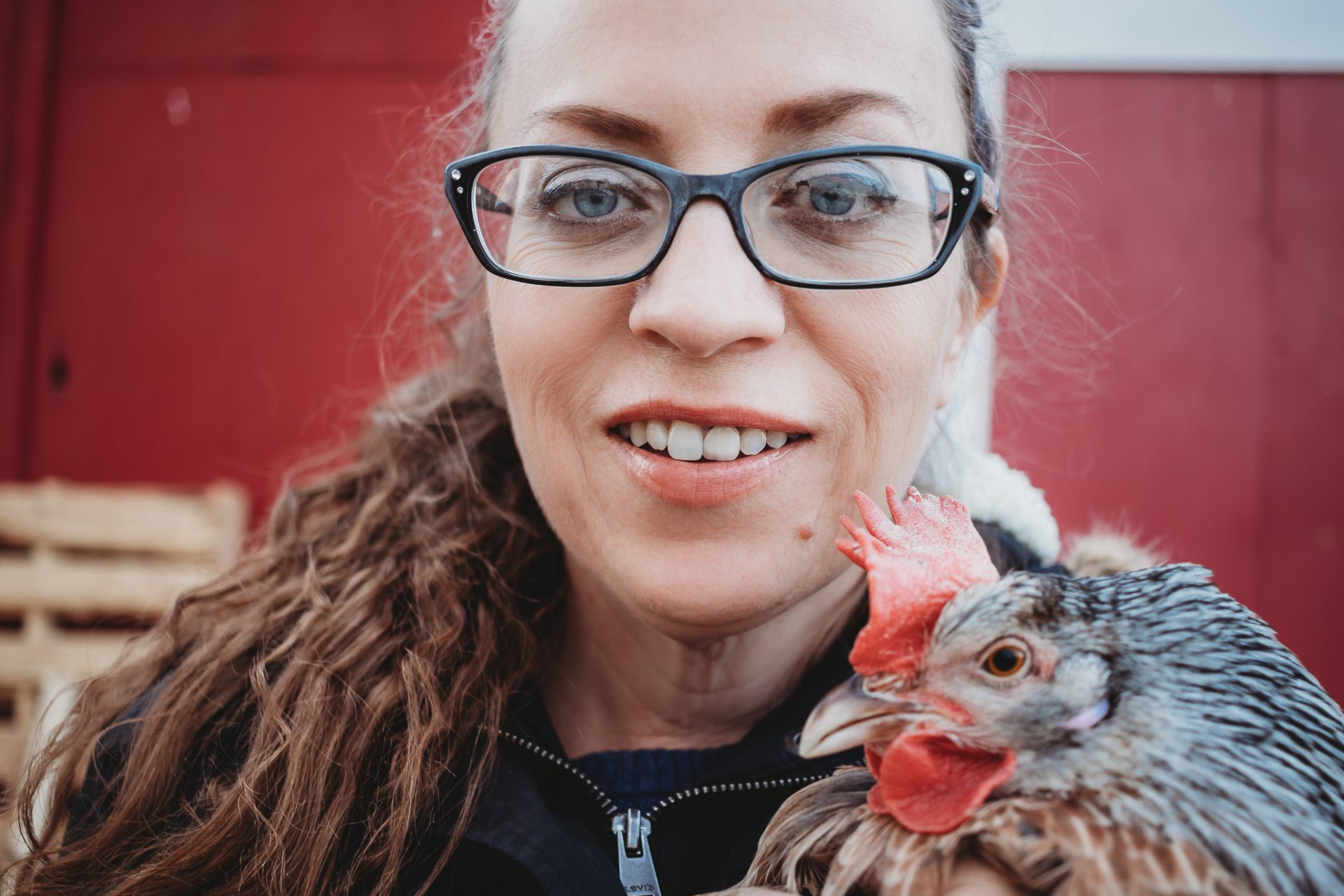 Hey, Serina here! I'm a city kid turned Small Farmer. Our family is dedicated to helping you grow your own food, become self sufficient, and have the homestead of your dreams! Feel free to send me any of your questions :)

26 Sounds Chickens Make and What they Mean

Find out what your chicken is trying to tell you!

Get our newsletter to hear all the fun happening at the ranch!